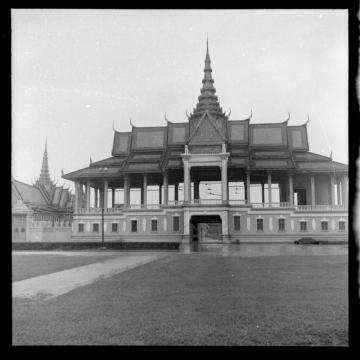 The photograph-negative collection, the work of Mrs. Mimi Palgen-Maisonneuve, consists of over 1,000 black and white, self-developed Rolleiflex negatives and photographs of village and rural scenes, as well as everyday images of urban lives of the Cambodian people during the period from 1946 to 1962. The collection also contains approximately 500 black and white negatives taken within the Angkor temple complex. The earliest negatives from Angkor contain images taken of temples prior to and during restoration work conducted under French auspices. Later negatives contains images of post-restoration work. In addition, the collection contains approximately 100 slides taken by Dr. and Mrs. Palgen while on assignment in Vietnam in the early 1960s, and Indonesia and Thailand in the early 1980s.

The bulk of the photos reflect Cambodian life in this important period in modern Cambodian history. During World War II, France continued to control the country through its Vichy government. In 1946, the Japanese dissolved the colonial administration, and in March, King Norodom Sihanouk declared an independent, anti-colonial government under Prime Minister Son Ngoc Thanh. The new government was deposed by the Allies in October of that same year. Although France recognized Cambodia as an autonomous kingdom within the French Union, the drive for total independence continued, which hastened the French government's recognition of Cambodia's full independence on November 9, 1953. During the 1950s and 1960s, the later period during which Mimi Palgen-Maisonneuve was a resident in Cambodia, the country tried to remain neutral as the Indochinese Conflict developed around it. The conflict caused Cambodian culture to be annihilated by the Khmer Rouge.

The collection is also associated with Northern Illinois University as a collaborative project between Arizona State University Libraries and Northern Illinois University Libraries Southeast Asia Digital Library aimed at digitizing old photographs taken by Mimi Palgen Maisonneuve in the 1950s and 1960s and photographing the same locations to show contemporary Cambodian life in the year 2007. Then and Now: Historical Photographs of Cambodia links the history of Cambodia from the past to the present through photographs and descriptions. Mrs. Mimi Palgen-Maisonneuve was married to Dr. Jacques O. Palgen, a professor of geodesy and photogrammetry and a former United Nations official. Mimi was a former resident of Cambodia and a staff member of Radio Cambodge in Phnom-Penh from 1946-1962. 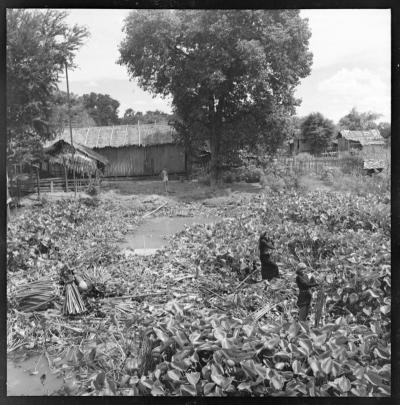 Some place in Cambodia 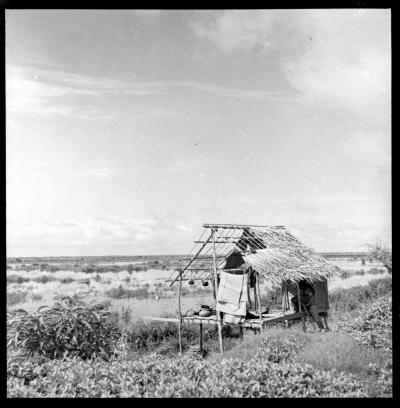 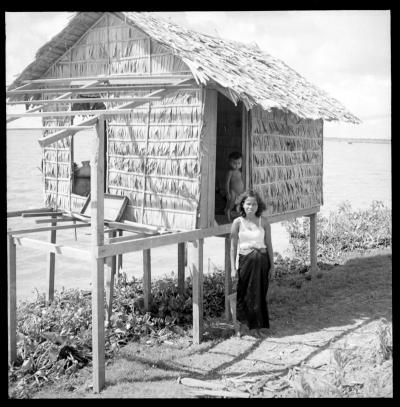 House built on bank of lake 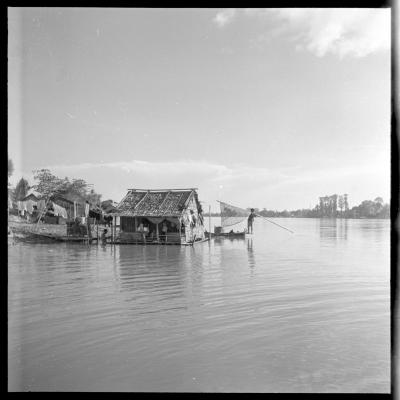