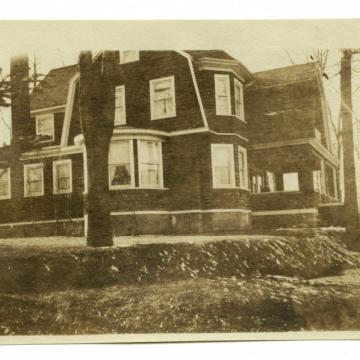 Special Collections Manuscript Letters and Ephemera of Artists and Authors (1650-1921) as Selected and Transcribed by Mollie Connelly. This collection consists of 62 rare manuscripts found in ASU Libraries Special Collections in Hayden Library, from the 17th, 18th, 19th and 20th centuries. Items are English, Scottish, Irish, American, French, Egyptian, and more. The collection adds to the correspondence heritage of notable authors, artists, and public figures, including William Wordsworth, H.G. Wells, Booker T. Washington, Claude Monet, and others. The project sets out to make previously unpublished manuscripts newly accessible to scholars and students. Literary figures included in this collection include the Pre-Raphaelites, Victorians, Romantics, and many more. Notable authors include William Wordsworth, Robert Browning, Mark Twain and others. Literary correspondence has been the driving force of this collection. Even a rare ticket from actor David Garrick's 1769 Shakespeare Jubilee can be counted among the treasures here. Supplementing writers of literature are esteemed artists such as John William Waterhouse, Claude Monet, and Dante Gabriel Rossetti. Finally, culturally significant public figures are included such as Booker T. Washington, John Ruskin, and Sir Richard Burton. These manuscripts provide insight into the cultural climate of their respective time periods. Many people should be thanked and acknowledged for their help with this collection. First, Nicholas Salerno was integral to the development and gathering of the manuscripts that make up this collection. Next, Dr. Devoney Looser and Archivist Katherine Krzys have provided tremendous guidance for this wonderful collection.

Letter and Ephemera From Filson Young to ...