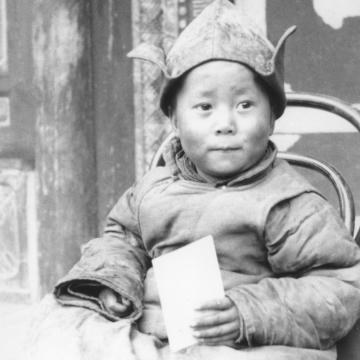 In 1939, A.T. "Arch" Steele, an American foreign correspondent for the Chicago Daily News who was living in China, traveled to the Kumbum Monastery in Northern Tibet to see the 4 year old child from Amdo who was being examined for signs as proof of his claim to the throne of Tibet as the fourteenth Dalai Lama. In 1944, Arch was granted a passport to Lhasa to again visit with the now enthroned fourteenth Dalai Lama, who was then 9 years old.

These photographs were taken by Steele in 1939 at the Kumbum Monastery and in 1944 during his travels to Lhasa; they were subsequently donated to the Center for Asian Studies at Arizona State University in Tempe. 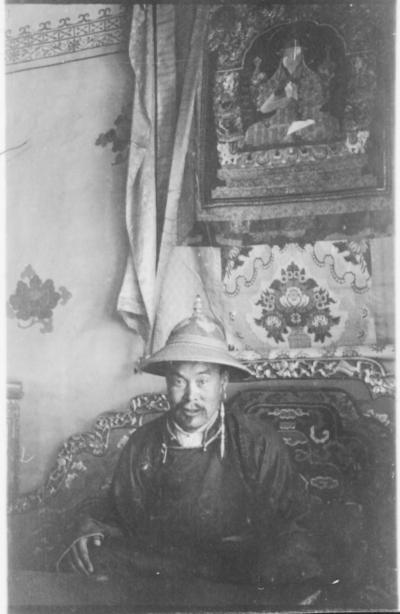 Father of the Dalai Lama in His Home at ... 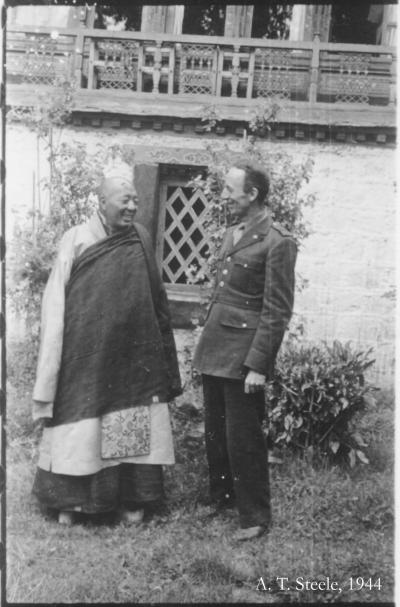 The State Oracle of Tibet With A.T. Stee ... 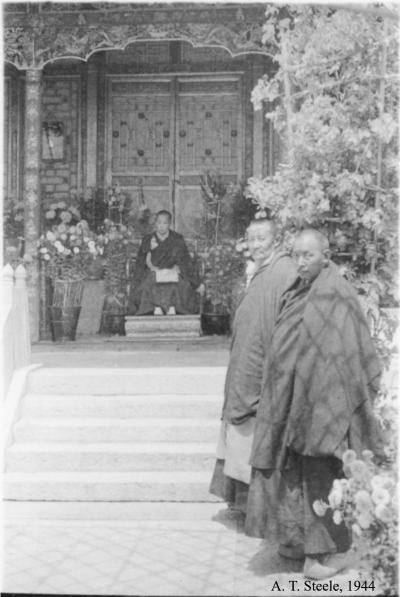 The Dalai Lama With Two of His Priest At ...